Meeting with Representatives in the State Capitol

Last Thursday, January 24, I had a busy day at our state capitol! I started learning how an idea can become law and how powerful even the simplest idea can be.

I got to work with Representative Gomburg and his staff. We got to meet several representatives and three senators: Senator Frederick, Senator Golden, and Senator Taylor. We took two bills around for Rep Gomburg, got the above senators to support and sign the bills and were able to submit the bills for the next step of the process.

One bill was to make shelter animals the state pet, and the second bill was to encourage pet shops to sell shelter animals and not use puppy mills. The best part about these bills is that they are bipartisan. Bipartisan means that legislators are willing to work together no matter what political party they belong to. I am hoping to receive an e-mail from one of Rep. Gomberg staff members with tracking numbers for the bills so we can watch their progress and likely will be going back up there when they do the official vote.

Many of these political people, although they are all dressed in suits and dresses and seem "fancy," are just people trying to do a job. They are not intimidating once you talk to them and many of them have really tasty candy in their offices that they are more than willing to give out to people like me!

Signing off for now, 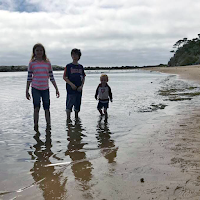 What I've Been Doing This Summer

My visit to Prairie Mountain School